Big Data Accounting with Python and other tools: An experience report

This post is an experience report of a project carried out by two persons at DenktMit eG a short while ago. We will illustrate our approaches, with a technical focus, and we will ensure the anonymity of our client. In fact, this client was contacting us for helping him auditing a large German company. The initial problem was easily formulated: They used to analyze accounting journals with Microsoft Excel, but this very company subject to be audited submitted such a large journal that Excel failed. This is a somewhat classical initial problem which results in consulting IT experts.

For me, this is one of the first projects carried out with DenktMit eG, the newly founded partnership of IT professionals in mid 2021. Given my weird career which involves both a computer museum and astrophysics, this story will be probably somwhat unsual.

Historically, there is hardly any domain in industry which was winded up as quickly by automated computation as the financial sector, for instance banking, accounting and auditing. Beginning with early 20th century desk calculators, punch card computing was intensively used for massive (semi) automated processing of accounting data. The single card with 80 characters (columns in traditional EBCDIC charset) was ideal for representing single transactions. On dedicated machines, where typically one machine could carry out only one job, decks of these cards could be sorted, values could be accumulated, reports of sub accounts could be made, and many more. With no or orders of hundreds bytes of random access memory (RAM), many aspects of banking could be covered. This is where terms such as batch processing originate from, and these tasks were, by nature, heavily I/O bound. Later on, these computers were replaced by more compact successors, a branch generally known as commercial computing in distinction to scientific computing. In it’s extreme forms, commercial computing evventually lead to mainframe computer architectures whereas scientific computing lead to what we call supercomputers. The architecture of these two computers is fundamentally different: A mainframe has a focus on correctness, fault tolerance, high throughtput and reproducability. In the end, it’s still batch processing what drives banking in general. In contrast, high performance (super)computing has a focus on exploiting parallelity in order to reduce the time to solution. Processing of big data is of course also about embarrassingly parallel batch processing, but the art of supercomputing is to exploit the available ressources to the maximum. Typically this requires different attemps from traditional serial computing approaches.

I run a computer museum that holds a vintage punch card processing center, and yet I am a computational scientist who spent good times on writing codes that can keep millions of CPUs busy in large computer centers, while maintaining good efficiency and delivering relevant scientific results.

Over Christmas 2021, I carried out a data processing and analysis project with a client having trouble auditing one of the largest exchanges in Germany. The client’s client has carried out millions of trades within a year, which results in a huge accounting journal, speaking of almost 100GB of transactional rows in a single CSV file. Just to give an idea of such data, this is a classical double-entry accounting journal with a general format such as the following table, with a shape of roughly 300 million rows and 50 columns:

Traditionally, big data is defined as data that cannot fit into a single computer. However, 100GB is something which can clearly be put into memory in a large machine, so this is not contemprary big data. In data science, we work with much larger data sets. However, the shape of this single table is disadvantageous for many traditional data processing attemps (see more below). Millions of rows is also by no means a larg number in a relational database managament system (RDBMS). And yet, quickly after launching this project, we were surprised about the difficulty of dealing with a single table of that size.

As a last excursion into history, it should be said that, mainly due to reasons of trust and compliance, we carried out the project remotely on a clients workstation dedicated for this job. When it compes to modern day computing, in the past decades we have percieved convergence of different architectures. Today’s supercomputing is in many times putting together a cluster of commodity personal computers. And instead of dedidacted and expensive mainframes, cheap cloud computing is applied on standard server architectures. When it comes to hardware, the line is heavily blurred between the domains of science and commerce. Interestingly, when it comes to software, the situation is quite different. It might be said that the general term refering to modern day big data batch processing are external memory or out-of-core algorithms. As it is with punched cards, these jobs are I/O bound and the size of the memory plays a tangential role.

From the perspective of a data scientist, one of the first jobs when encountering a new data set is to obtain a feeling for the data, or as a matter-of-fact, getting the correct idea of data type and distribution in the individual table rows and columns. This requires representing the tabular data in a suitable file format and having tools at hand for in-depth analysis.

Vaex is the Python library which was chosen by the leaving IT guy at the client’s office at the time we started taking over. Incidentally, this is a data processing framework originating from big data analysis in astrophysics, the subject where I carried out my PhD in a few years ago. Despite the library is advertised as a general purpose tool on its website, the origins are clearly visible when inspecting the vaex API, which has for instance (geometric) region based filtering and a focus on geometry based visualization.

Vaex is an instance in a general class of python data processing libraries which tries to provide a parallel implementation of the pandas API and datatypes (which itself is a clone of the data frames type in the R language for statistical computing). Another popular candidate within this class of libraries is dask, advertising itself as providing advanced parallelism for analytics, natively scaling in Python. The promise of this libraries: Low learning curve and tight integration with other analytics code written in Python (such as the legendary scikit-learn machine learning toolbox). From the perspective of the programmer, the extra steps are typically:

When it comes to raw performance and time to solution, my impression is that nothing beats vaex. With the given dataset, stored on a local SSD, it can exploit all 24 cores of the Intel i9 processor with a decent load on memory and provide answers to complex accumulation and grouoping operations within fractions of a second.

For my feeling, vaex is at least one order of magnitude faster then dask with similar tasks/codes. However, dask feels much more mature, versatile and general purpose. There are many cases where (at least for me), vaex did not implement the features according to the API. In constrast, dask provided even a web based dashboard for visualizing various metrics. Given their abstraction over parallelization strategies, both libraries are quite sensitive to the host setup. Unfortunately, we had to use Microsoft Windows, were vaex was notoriously instable and unreliable, ending up in crashes which lacked any stacktrace, providing no chance for debugging and improving.

Just to give some numbers, here are some performance metrics when doing a Histogram (counting unique entries) on a column with around 300M records:

Here, vanilla refers to an approach with batteries included, i.e. using the standard library modules csv and Counter with serial processing line by line and column by column on the raw CSV file.

Obviously, for more challenging tasks such as writing out particular data or doing more sophisticated map reduce cycles, your milage may greatly vary. Vaex puts quite some effort to optimizing custom mappers with just in time compilation using numba, pythron or CUDA.

My conclusion: Try first with vaex, best by avoiding Microsoft Windows as much as possible. If this does not work well, try Dask.

The decent answer for properly managing this amount and type of data is data warehousing. This term collects the tooling and attempts for managing heterogenous data in a structured manner. One of the biggest problems of the single large CSV table is the massive amount of duplication. Think of a table named name of booking person and holding 100M lines the name foo and 100M lines the name bar, resulting in at least 1.2GB of ASCII data, whereas the information content in this case is only around 200M booleans or bits. In a relational schema, this colum clearly screams for a seperate table and a foreign index column.

Setting up a sane SQL schema for this type of data is an obvious task. Most accumulation and filtering tasks could then be implemented by simple SQL queries, running on a single or distributed database cluster (such as PostgreSQL) in a very classic fashion.

Further considerations would imply in a proper data warehouse (DWH) which defines common schemas for common data types. A DWH also allows for carefully controlled data duplication and provides various interfaces such as a Apache Hadoop cluster which allows to interface with high performance computing frameworks as presented above, without worring about data representation.

Given the tight timeline of the project in discussion, we carried out all demanded tasks within the timeline of a few days. We mostly traded CPU time against memory and filled the hard disk with tons of redundant data, differently filtered or splitted. This was not very clever, but got the job done. Interestingly, the open source Pentaho Data Integration platform by HITACHI saved the day for some queries. This is a visual programming toolkit optimized for streaming dataflows which we abused for batch data processing. It won’t win a prize when it comes to time to solution performance, as parallelization is only performed on individual data processing steps (which means no meaningful parallelization in a serial processing queue). However, it is stable and tested and in this respect as good as any serial programming attempt in any suitable programming language.

This was a short and fun project on a kind of dataset I never worked before with. Despite the number of analyses asked for were very basic (thinking of histograms, simple statistical analysis such as Benford’s law and data filtering and searching), the primary client’s choice of Windows and Python and the strong focus on interactive performance was a real show stopper. This kind of tooling is a particular choice on superficial goals (such as time to solution) but neglects important basics such as proper data sanatization and representation.

This article is part of the Tech blog of the German cooperative consultancy DenktMit eG. We are a group of experts in various topics of computing, carrying out the most challenging client projects on budget.

This article was brought you by Sven Köppel . He is one of our experts available for hire. Personal opinions might deviate from the companies view. 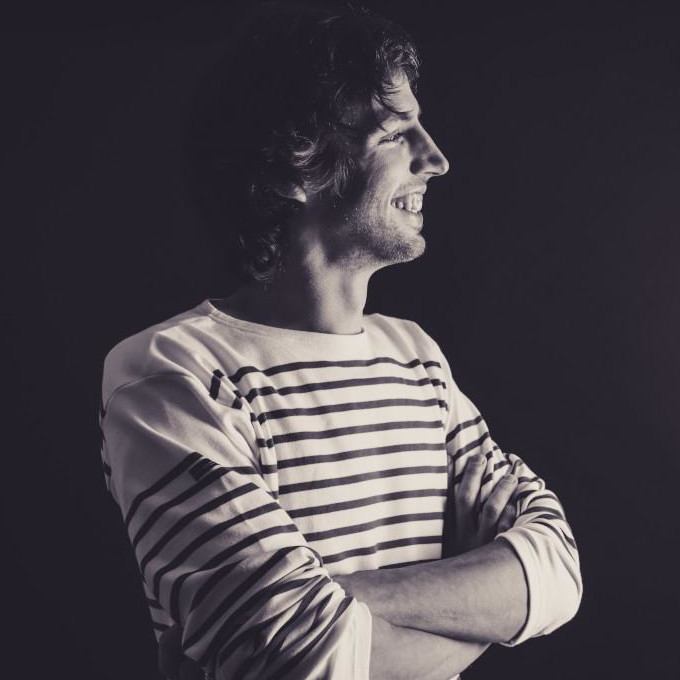